Hurdles ahead for new UAE-Israel marketplace

Hurdles ahead for new UAE-Israel marketplace

The warming in relations between the UAE and Israel is positive for business in the region. A patient approach to building relations and proactive communications can help clients maximise new opportunities. 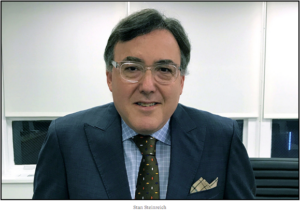 Those of us working in the Arabian Gulf and Israel were ecstatic to see the warming of relations between Israel and the United Arab Emirates, which had been anticipated and one of the worst-kept secrets in the region.

But don’t be fooled. Diplomacy’s bridge to true economic development between these two countries will not happen in a New York Minute.

The key to success in doing business in the Gulf is to build relationships, and that takes time. The normal Israeli, or for that matter, American, way of pushing yourself into a situation will only repel Gulf partners.

As trite as it may sound, sharing a thick coffee and hummus will go a long way to opening doors of economic prosperity, not chanting demands and missed opportunities.

It is important to remember that the normalisation of relations just announced lifted something of an iron curtain between the two countries and, further, the entire Gulf region. Many Israeli corporate brands are virtually unknown in the UAE and vice versa.

Hence, getting ahead of the pitch of business should be the pitch of media relations and other brand-building activities. Companies need to establish a footprint in these markets and there is no better time to do so than now.

This is a rich marketplace that will benefit from the travel and tourism, finance, healthcare, technology and consumer products either country has to offer. But moving quickly to raise awareness for your brands needs to happen sooner rather than later, as the floodgates have been opened.

One wire service reporter recently shared with us a gasp for air, as they were being deluged with pitches from Israeli companies that just didn’t understand the Gulf region. Their plea was for more experienced communication hands to help filter the message, style and tone from the brashness of some announcements.

Gulf-based businesses share a common characteristic with their Israeli-executive counterparts: they respect intelligence, preparedness and knowledge.

Go to a meeting after thoroughly researching the person and the company you are proposing a business relationship. It is not a bad idea to know some of their interests outside of business, for example.

But under no circumstance should you be pushy. Executives who are too pushy are viewed as having something to hide and being potentially untrustworthy partners. They are shunned, not welcome.

Another key part of the business dance is negotiation, something not new to business leaders from either country. They like to get a good price, so be prepared to haggle a bit.

Israeli corporations need to realise that the new opportunities in the UAE and the remainder of the Gulf region is much different from prior peace accords with countries such as Egypt and Jordan.

The UAE is a much more developed economy and will be a gateway for further commerce. Navigate this well, and it will unleash billions in new sales as well as become a segue for Israeli businesses to other Gulf countries as they normalise relations – such as Bahrain, which was announced recently.

Stan Steinreich is the president and chief executive of Steinreich Communications. The agency recently formed a dedicated specialty group to work specifically with clients in the UAE and Israel.